At a Brooks Brothers factory in Queens, workers manufacture more than 1.5 million neckties each year.

While the clothing retailer’s neckwear is conventional, the factory’s workforce isn’t: Of 222 employees, 52% are 55 years old or older.

“The skills [these] people bring to the table are very difficult to find,” said Luis Nava, the factory’s director of operations. “We find that a lot of younger people aren’t interested in learning the craft.”

The Brooks Brothers factory is one of 11 New York City businesses on a shortlist for the Age Smart Employer Awards, a project of the Columbia Aging Center, located at Columbia University’s Mailman School of Public Health. The center plans to announce winners on Wednesday.

Judges chose finalists based on policies that help to hire and retain older workers. After companies applied, judges also considered the results of employee surveys. 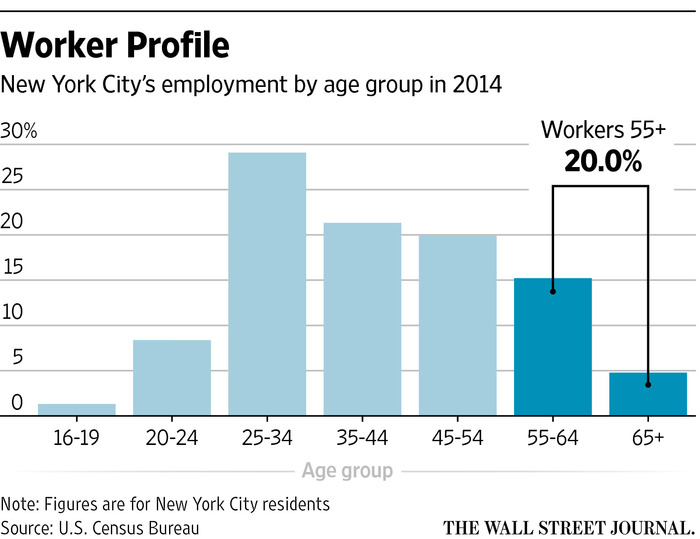 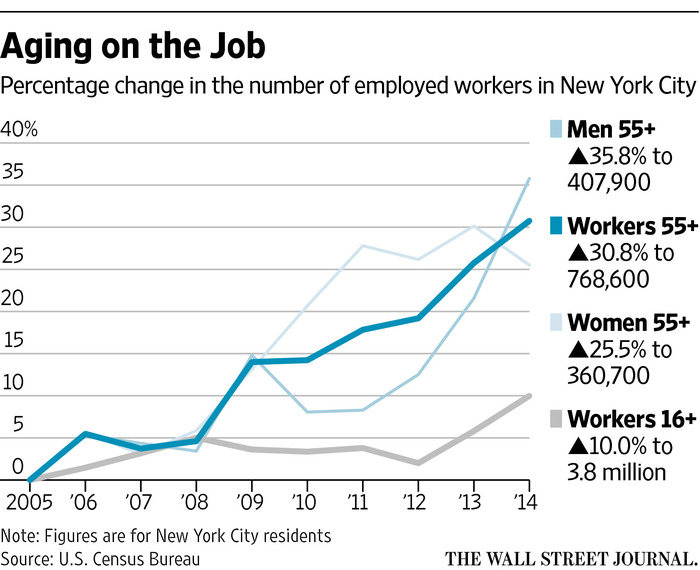 Research shows that hiring older people, or keeping them on the job, is easier when they are allowed flexible schedules or can take advantage of wellness programs, among other benefits. Such policies, while common, have special resonance for older employees who may be contending with caregiving or a changing sense of work-life balance as they age, said Ruth Finkelstein, associate director of the Columbia Aging Center.

Researchers also have found older workers are more likely to stay in jobs longer, and so are a good investment for training, Ms. Finkelstein said. “Workplaces are not going to take actions out of altruism,” she said. “They’re going to take actions because it’s good for them and their business.”

Amy’s Bread, a five-location bakery founded in 1992, often hires older bakers who have years of experience, said founder and president Amy Scherber. Some of her 220 workers shift from labor-intensive roles to ones where they supervise or train younger workers. A maintenance worker who once mopped and swept has moved on to detail cleaning and dusting.

“She’s very careful and proud of her work and polite,” Ms. Scherber said.

At NYU Langone, the medical center uses generous health, retirement and educational benefits to retain workers. “A lot of the longer-service people who I’ve spoken to cite those benefits as a lot of reason why they stayed when they could have gone someplace else,” said Margaret Meagher, the medical center’s senior director of benefits.

All employees at Metro Optics Eyewear, a chain of optometry practices based in the Bronx, have retirement plans, and the company sponsors education even for employees who begin in lesser roles, said co-owner John Bonizio.

“After they sponsored me to become a licensed optician, I’ve mentored five younger employees,” said Aurora Susi, 57, who began as a receptionist and has worked at the company for 29 years.

At Brooks Brothers’ 77,000-square-foot factory in the Sunnyside neighborhood of Queens, neckties begin as bolts of colorful cloth that move from station to station. Workers cited a friendly atmosphere, including the annual Christmas party and a day when a group of workers volunteers at a homeless shelter. 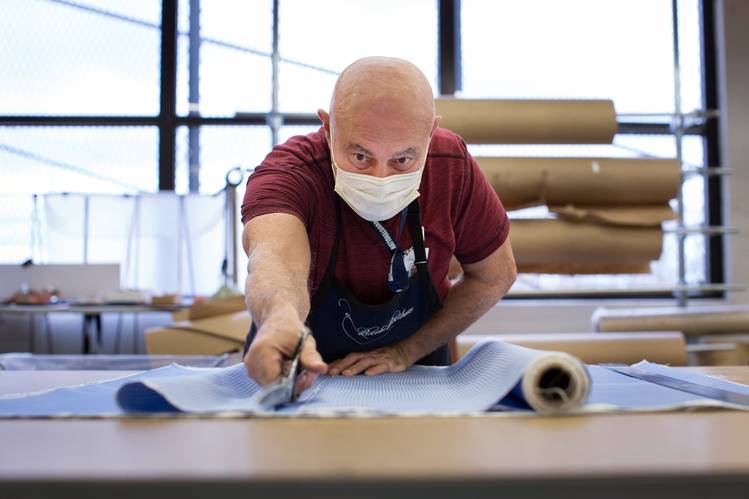 In the past few years, administrators have changed their approach to punctuality and attendance. Instead of penalizing employees for lateness, and determining whether delayed trains or doctors appointments are valid reasons, each employee is given an annual bank of 1,400 minutes that they can apply to lateness. The policies address the needs of older workers, who have a heightened need for flexible time, whether for medical issues or taking care of family members, Mr. Nava said.

“They give you the responsibility to control your minutes,” said Paola Posca, 67, a tailor who lives on Staten Island.

The company also has a fund to which employees can donate money or time. This is then allocated to employees who may need paid time to be with a family member during cancer treatment or help making repairs after superstorm Sandy.

The system works for employees such as Mario Mannarino, 74. While technically retired, he still works three days a week. Mr. Mannarino, who lives in Nassau County, began training in Italy as a tailor at age 12. In 1979, he began working for Brooks Brothers.

“He’s a master tailor, and you can’t find that on the street,” Mr. Nava said. “The longer we keep people here,” he added, “the better our business will be.”